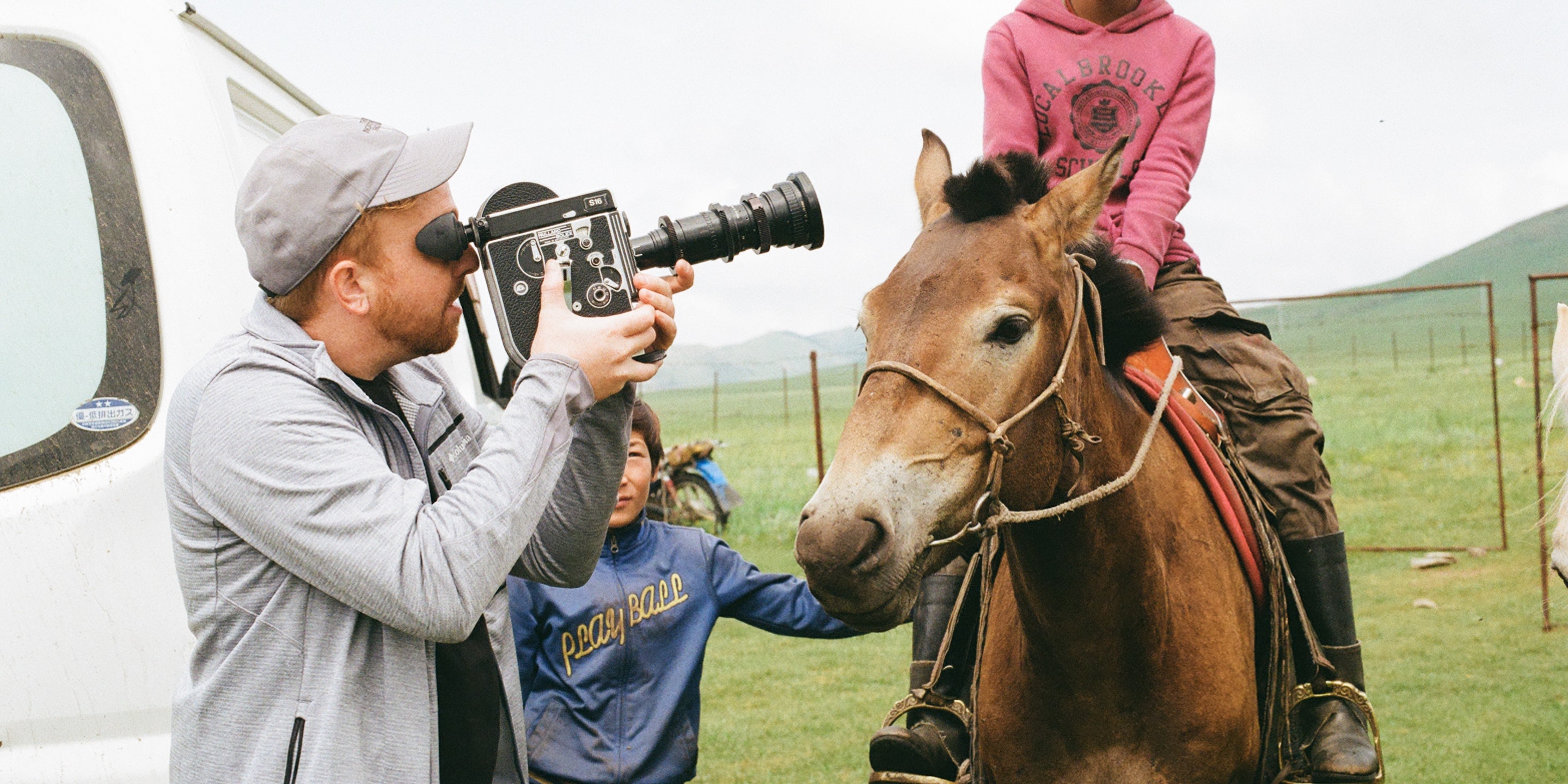 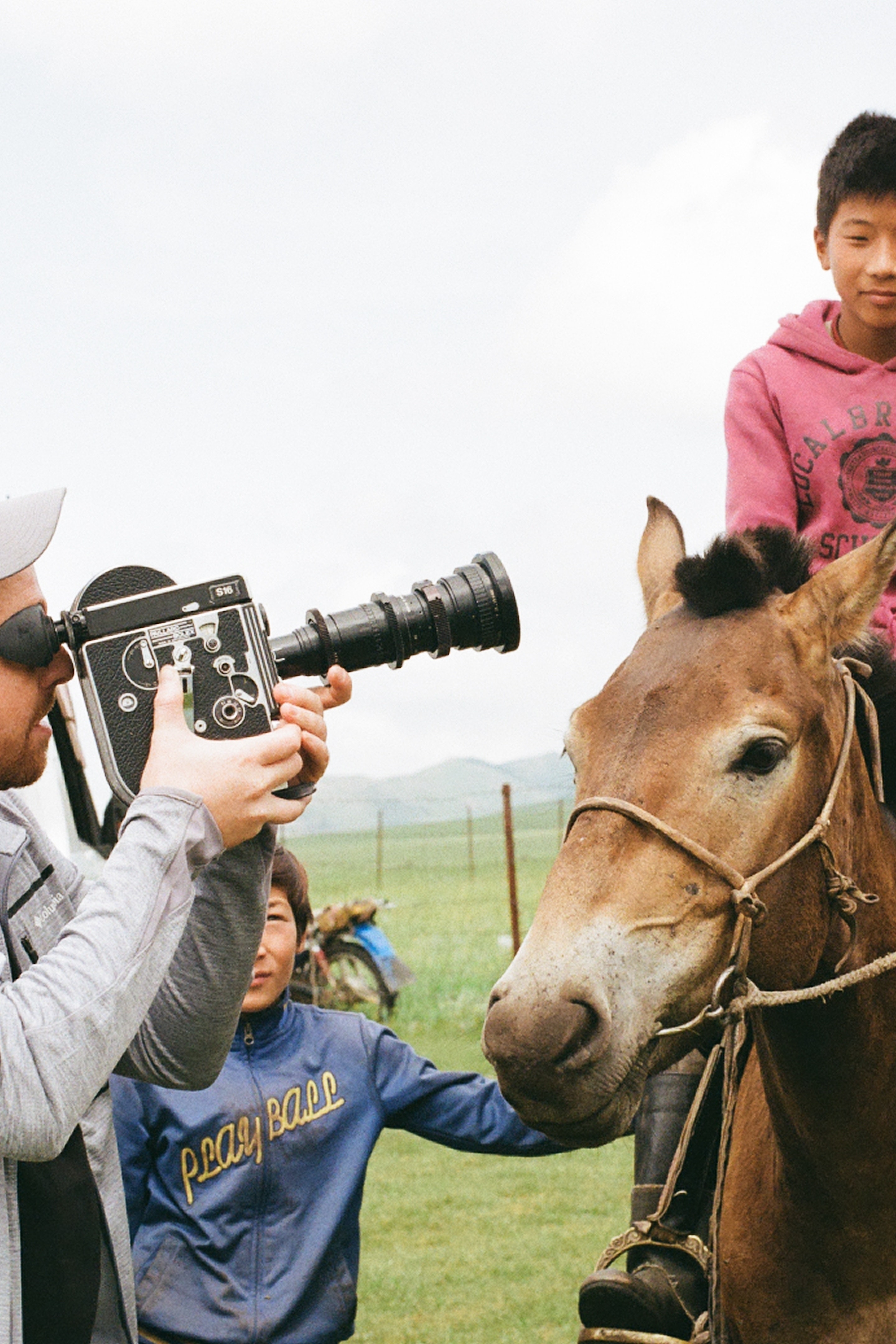 Shooting on film has seen a resurgence lately. No longer a retro novelty, it’s circling back with full force throughout filmmaking industries. The use of film in Hollywood had dwindled, isolated by an esteemed connotation for its ability to represent a highly artistic expression of visual concepts and culture. But it has in recent years gained traction again thanks to movies such as Dunkirk, A Quiet Place, The Favourite, and Phantom Thread, to name a few.

Within advertising, digital had replaced analog because it was simply more economical. But recently, more and more commercials have reincorporated the use of film to inject an element of art into their narratives. Similarly, electriclimefilms fortunately had the chance to collaborate with British DOP Tom Welsh on three commercial spots where he incorporated the use of 16mm film with stellar visual results.

There’s been an ongoing debate, with artists and filmmakers in the last few decades, about film vs digital. But Tom Welsh has worked with electriclimefilms to make use of both digital and film to work together and achieve a beautiful mixed media narrative.

Director Pabz Alexander first suggested using 16mm film for an electriclimefilms project as a chance to employ another medium and bring diversity and a fast-paced energy to the individuals in the film. The theme centred around youth culture and this mixed media approach brought the look and feel they were trying to achieve. The grittiness of film highlighted the passion and spirit of such urban culture activities as parkour, graffiti art, street style, and hip hop dance. Having worked with Welsh before, the two collaborated effortlessly on how they could incorporate16mm film footage into the narrative.

Above: Welsh on set in Singapore with his Bolex Super 16mm moving film camera.

Fortunately, agencies and clients on the projects were open to the idea of using 16mm film footage in the films. Having had a good relationship with the agencies and other collaborators contributed to instilling trust in the creative approaches and all parties were equally looking forward to seeing the results.

Above: Welsh on set in Bangkok with his Bolex Super 16mm moving film camera..

The team decided that rather than relying solely on 16mm film footage, it would instead be used as a complementary additional aspect of the film as a whole. Always having digital footage of every shot and scene was crucial. And the production team worked closely and diligently to support and prepare everything on the digital filmmaking side, so that when needed, Welsh could took care of the analog filmmaking part.

While on set, shooting with a Bolex was beautifully easy to use. It took Welsh merely five to ten minutes to set up. Bypassers would do double takes seeing the Bolex and it garnered attention and interest, bringing a sense of excitement onto set. The camera being so small, light, and nimble helped to put the talents at ease as opposed to using huge camera rigs film crews usually shoot with. And with such a small un-opposing camera, talents didn’t feel intimidated giving more raw and genuine emotions and expressions. Responses to the final results were always positive, often commenting on the nostalgic mood and intimate atmosphere the 16mm film footage created as opposed to the digital scenes. It brought another level to the overall narrative and story of the films.

Above and below: Welsh on set with his Bolex Super 16mm moving film camera in Mongolia.

Welsh's ease with shooting on 16mm comes from years of experience and experimentation. We spoke with him about his personal and professional experiences:

electriclimefilms: What 16mm camera do you use and with what lenses?

Tom Welsh: I’ve got a couple of old Bolex’s myself with various Angenieux glass. I just bought an Aaton LTR camera to shoot more personal documentaries on. For commercials I’ll usually rent an Arri 416.

EL: Do you have a preferred 16mm film stock or stocks and why?

TW: There’s actually not many 16mm stocks to choose from, at least that can be developed quickly and efficiently. You’ve got 4x colour flavours of Kodak Vision 3 in 50D, 200T, 250D, and 500T. And they're dependant on the lighting conditions of which you’re often constrained to less than that to choose from. Last year Kodak released Ektachrome in 16mm but their London lab can’t process it yet. There’s a couple of Black & White stocks to choose from too.

EL: Why shoot with a moving image film camera and celluloid film?

TW: In general people find the Bolex very intriguing - it has no electronics as it only requires winding up to shoot and there’s no plastic anywhere - just metal. It often evokes a feeling of nostalgia from members of the public and people on set.

EL: What do you need to do to make sure you can travel with your film equipment intact/safe and without getting film ruined during the transit and security checks?

TW: No film should ever be checked in the hold. Almost all scanners for cabin baggage are ‘film safe’ now, although my general rule of thumb is never to have it scanned more than 5 times if possible. I think it’s probably ok closer to 20 but I’ve not risked it… I will usually ask for a hand check but this totally depends on the airport/staff/country. Actually at London Heathrow it’s very difficult to get a hand check. Once in Japan I had a very proficient member of security staff who was confident opening the 100’ spool cases inside a changing bag. I wasn’t prepared for that! China is the most difficult I’ve experienced, but it's the same case for digital equipment too.

EL: Where or how do you get your exposed film processed and transferred?

TW: We’ve got the pleasure of two great labs in London: Kodak London & Cinelab. Both are great.

EL: Can you tell me about your experience shooting 16mm footage in Bangkok, Singapore, and Mongolia while on set with electriclimefilms? Anything different or the same between the 3 different locales?

TW: Generally the same. I load the camera and keep it independent of the digital camera(s) on set as I’m usually the only person who knows how to load it. So we always treated it as 2nd Camera Unit.

EL: What technical differences do you have to keep in mind when shooting film vs digital?

TW: Film can be much less forgiving when underexposing.