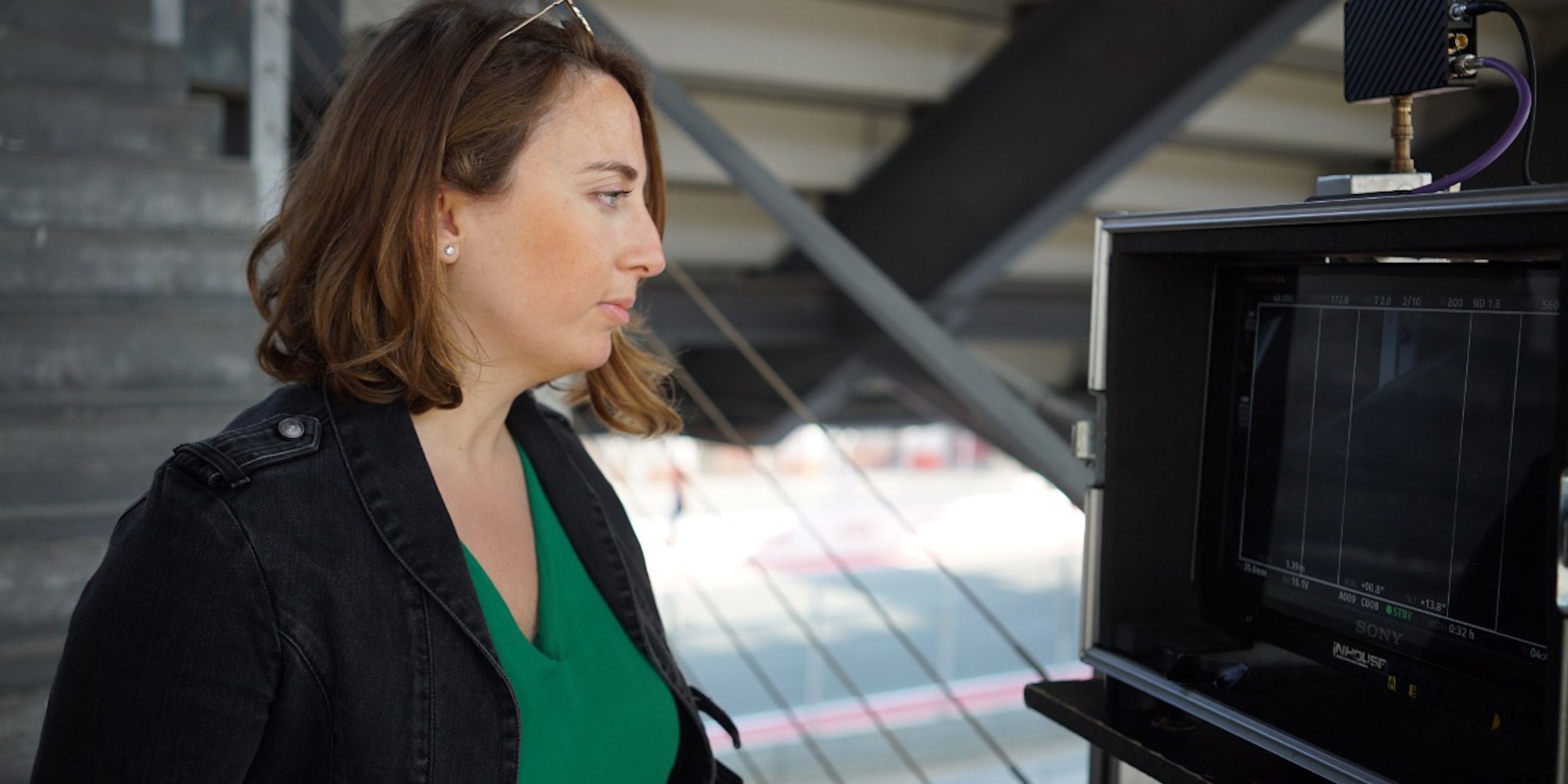 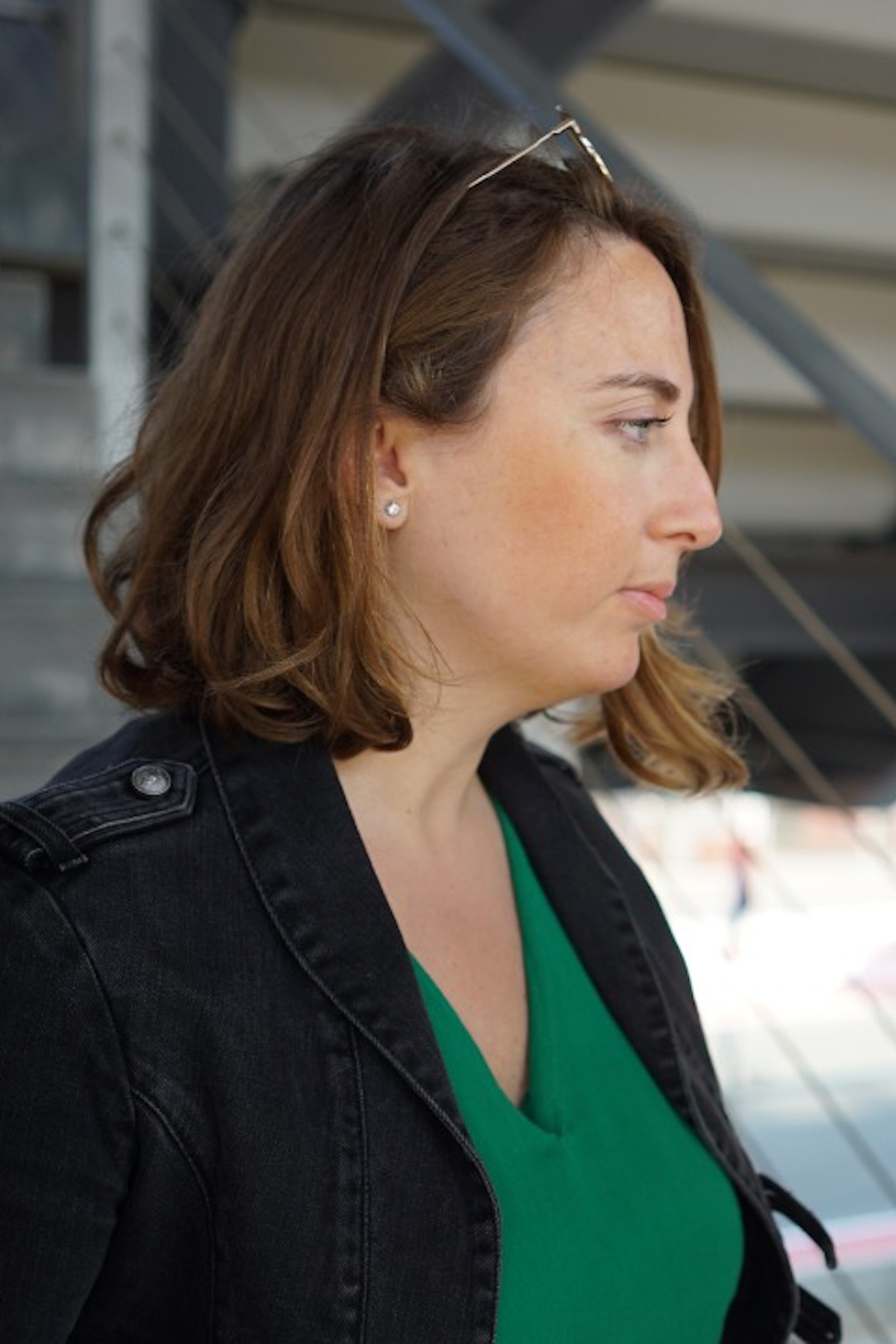 Based between Dubai and New York, she received her BA in Graphic Design from the American University of Beirut and holds an MFA in directing from NYU’s Tisch School of the Arts.

And this year, her film Warsha clinched the Short Film Jury Award at the Sundance Film Festival 2022.

Check out our chat with Bdeir on her inspirations, filming with electriclime° on Estée Lauder and her filmmaking style.

How did you get started in the industry?

It was very apparent at a very young age that I loved dressing up, playing different roles.

I thought that I wanted to be an actress when I grew up.

My parents both worked full time and my sisters are significantly older so, I didn’t really have anyone to play with when I was a kid so I basically grew up watching American tv nonstop and imitating all those western characters.

My dad, may his soul rest in peace, was always filming everything and I guess he saw something in me because I was the only one out of my sisters who was gifted a video camera when I was around 15 years old.

And that was that. I started filming everything around me completely enthralled with the stories and characters of Lebanon.

When it came time to apply to university, I didn’t have the courage or the encouragement to go to film school so I ended up studying graphic design in the American university of Beirut.

I was a terrible graphic designer, but the good thing is, the program was very much rooted in the environment so in those 4 years, I actually got to go all around Lebanon, meet a lot of people and dig up a lot of stories. At the same time, I used to go on TVC sets and volunteer as a PA. Even though they were very challenging days with crazy long hours and I wasn’t getting paid, I used to be invigorated and thrilled to be behind the scenes of shoots.

As soon as I graduated from graphic design, I packed my bags and moved to NYC where I got an MFA in filmmaking from NYU, Tisch with a focus on writing and directing.

Where do you find your inspiration from?

Mostly, Lebanon is my biggest source of inspiration even though it’s my biggest heartache as well. But in general, I’m inspired by real life, by people, by underground communities and undiscovered worlds. I like coming of age stories and focusing on characters that are reconciling between the person they are and the person they’d like to be. I’m inspired by stories I hear, people I meet, new worlds I learn about and immersive soundscapes. I enjoy the challenge of trying to capture an emotion or a state of mind through the medium of cinema.

What do you love and what do you dislike about the filmmaking process?

There are so many things I love about the filmmaking process that I’m inclined to answer “everything”. The only thing I don’t like is the fundraising part. I don’t like how long it takes to get the money together and what this process might mean in terms of compromising creative decisions or affecting who we work with and where we have to work.

Tell us about working on the Estée Lauder piece. What attracted you to the project and what was your approach to it?

The Estée Lauder piece was a really fun project because it was very character driven. I got to spend time with each of these powerful women and the main challenge was to tell their stories and to try and get across a main message that they’d like to communicate in a limited amount of time. Exploring the world of dance, race car driving and cinema from the point of view of Arab women each trailblazing in their respective fields was empowering and inspiring.

Your film Warsha won the Jury Prize for the Best International Short Film at the Sundance International Film Festival. Tell us about the project and why it was so special to you.

Warsha is a short film about Mohammad, a migrant crane operator working in a construction site in Beirut. One day he volunteers to take on the tallest and most dangerous crane in Lebanon. Once he’s up there, he’s able to live out his true self and find freedom. The project is special because I've been working on it since 2017. It’s a very ambitious short film and it was an amazing collaboration with beautiful creative people in Lebanon, France and all around the world. Together, we never gave up on it nor compromised any of our creative desires even though those 4-5 years had a lot of obstacles and challenges that came our way. After winning Sundance, which is a dream, it has now screened in over 100 film festivals and has won 30 awards. It means the world to me that this little short from Lebanon which is about the importance of freedom and being yourself is touching audiences all around the world.


What’s next for Dania Bdeir?

I’m currently touring with and promoting Warsha which is eligible for the 2023 Oscars in the short live action category. People can follow @warshashortfilm on all social media channels and find out when they can watch in their city as well as check out some bts content and be kept up to date. Having followers and reviews will help us create the buzz needed to hopefully get shortlisted and then eventually nominated and who knows, maybe even win! Apart from that, I’m developing my first feature film which is also set in Beirut and I’m also developing a TV show which would be set in the US.