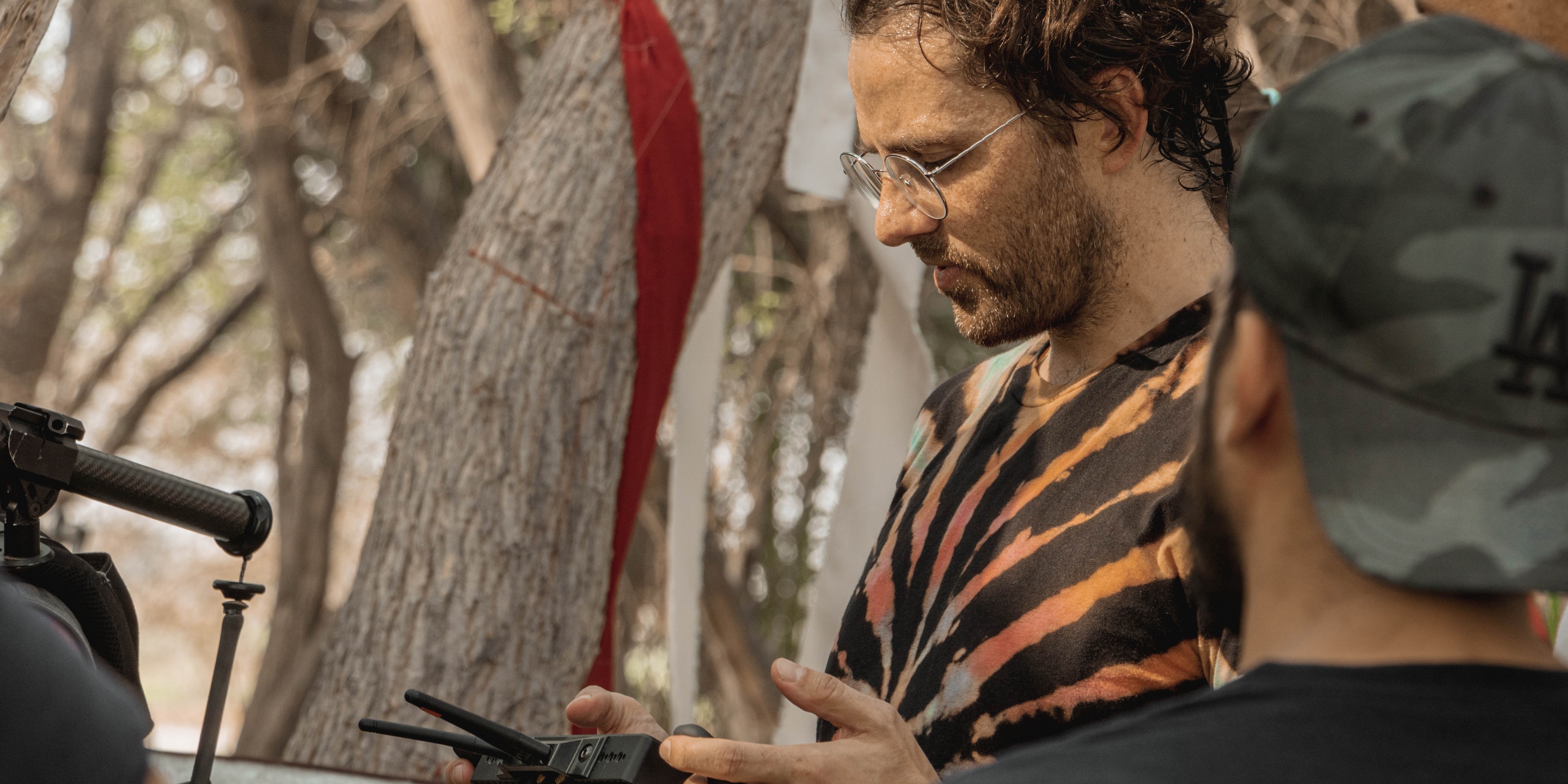 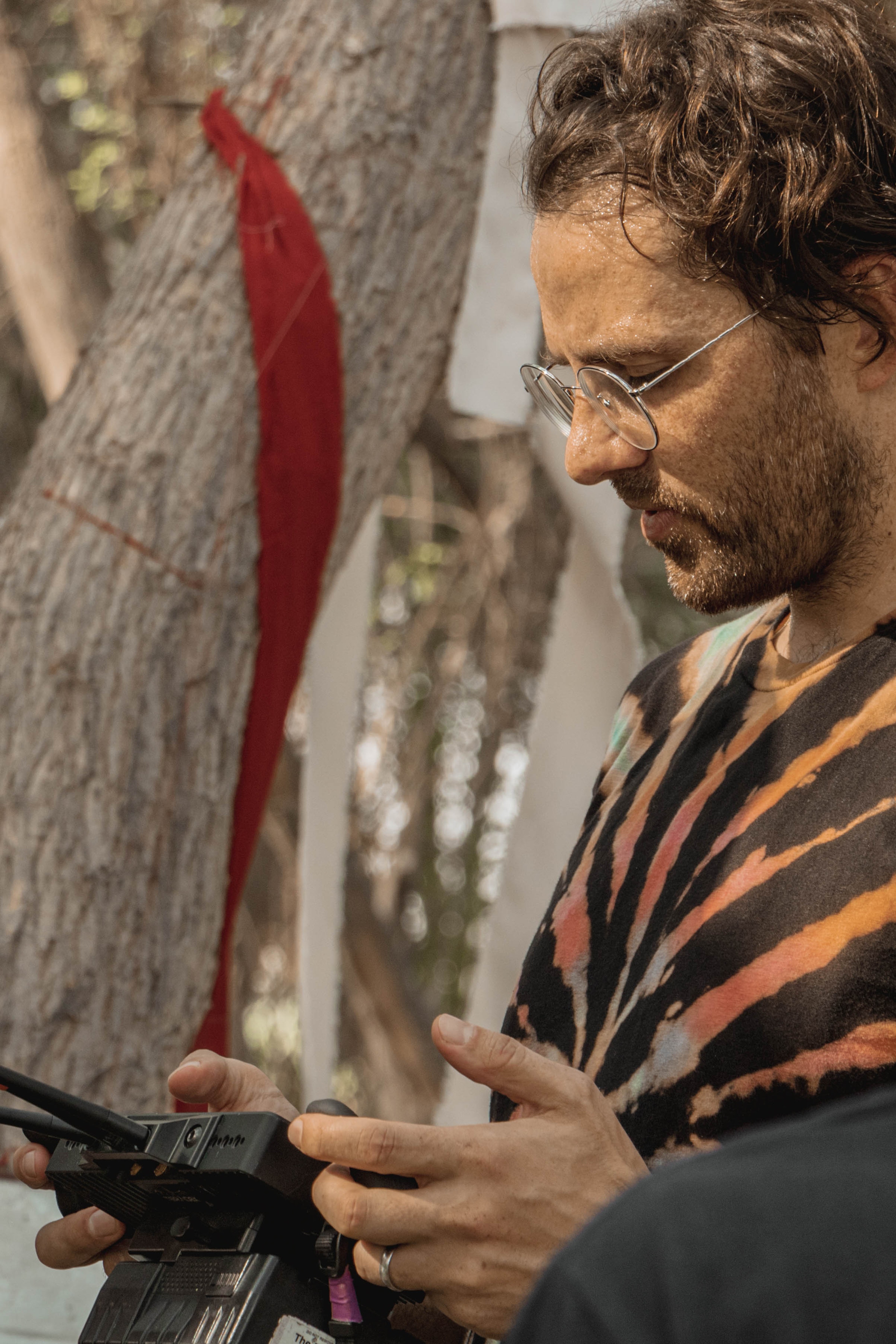 Omar Khalifa is a British writer, director and former journalist who cut his teeth in TV news and programmes under Oscar and Emmy award-winning producers.

electriclimefilms's Content Manager Oliver Harbord spoke to Khalifa about his work and the ability to capture human interaction.

Oliver Harbord: How long have you been making films?

Omar Khalifa: Probably about 15 years. I'd be the assigned family photographer, shooting stills on a 110 film (flat rectangular) camera when I was a boy, long before I reached double figures. And then I got into journalism towards the end of my teens and into my 20s. I started getting paid for it, as a multimedia journalist.

I'd occasionally be assigned to travel and cover a few stories where I could write and shoot. Kosovo, Buenos Aires, Sarajevo. Met amazing people. As I moved up the ladder at Al Jazeera English, I started to shoot second camera for programmes while I was assistant producing. On the side, learning more, self-taught, about filmmaking and editing.

I started to experiment with shooting on phones (back in 2007!), and on a Harinezumi. I made a 30s short that won a Vimeo staff pick and was shown at bus stops around the world - no joke!

I'd be adding adapters to handycams (the Twoneil) to get the illustrious shallow depth of field back then. As cameras got better, I started shooting less and directing more.

OH: How did you get started with filmmaking? Was there a particular event or time that made you recognise filmmaking as your life?

OK: It's mildly weird to think that filmmaking is my life. I like other things too. Maybe I haven't really accepted it yet. Or maybe I don't think I'm any good at it. But, I've always been interested in visual language.

When I got a job as a web journalist in Qatar, all around me were brilliant filmmaking teams, off to conflict zones, covering stories that I really cared about. I loved it. And I saw myself as a career videojournalist.

I started on that path, but slipped off it when I felt we could tell stories in more subtle, visual ways than I felt I was exposed to in current affairs those days.

So, by 2012, I shifted gears and became friends with advertising.

These days I'm writing scripts and looking to make a few shorts in my 40s - coming soon... the 40s that is!

OH: Throughout the filmmaking process, what’s your favourite part about it and why?

OK: The response. Good or bad. I love the fact a whole bunch of people somehow came together to execute a vision, and it gets out there for people to see. I love stimulating the masses, moving them.

Some, if not all of my best work has been the super low budget projects, where we've had the most creative control, invented mad ways of achieving things, and all the laughs (and professionalism!) have made it worthwhile.

OH: What do you find most difficult/challenging about being a director?

OK: Heartbreak and risk aversion. At least I used to. When you write a treatment that you think will win on so many levels, but for some reason or other, your masters don't see it that way.

Also, I'm probably the most difficult thing about being a director; me.

A brief might come in, and sometimes I'll go off on some unanticipated path of creativity because I'm on my fifth coffee after lunch, way off brief, and yet I still think it's absolute greatness in a pdf.

Sometimes you need to proof-read your own brain from other peoples' perspective. I do that, sometimes. And years later, it all makes total sense why they didn't approve it.

OH: Where do you draw your inspirations from?

OK: Other great work out there, and in different mediums. The written word - books, articles etc - can trigger the most interesting visual metaphors in my head. Music too.

Long drives. I always have my best ideas on the go. Unanticipated moments. Life's randomness. I'm not a cinephile, but I love cinematic storytelling.

OK: I'm not sure I have one because it's whatever the client wants, but when I get a moment, I love capturing the subtleties of human interaction. I like actuality. Observing. I like capturing big, beautiful landscapes. And smaller incredible locations with texture. And usually, in one form or another, some kind of escapism.