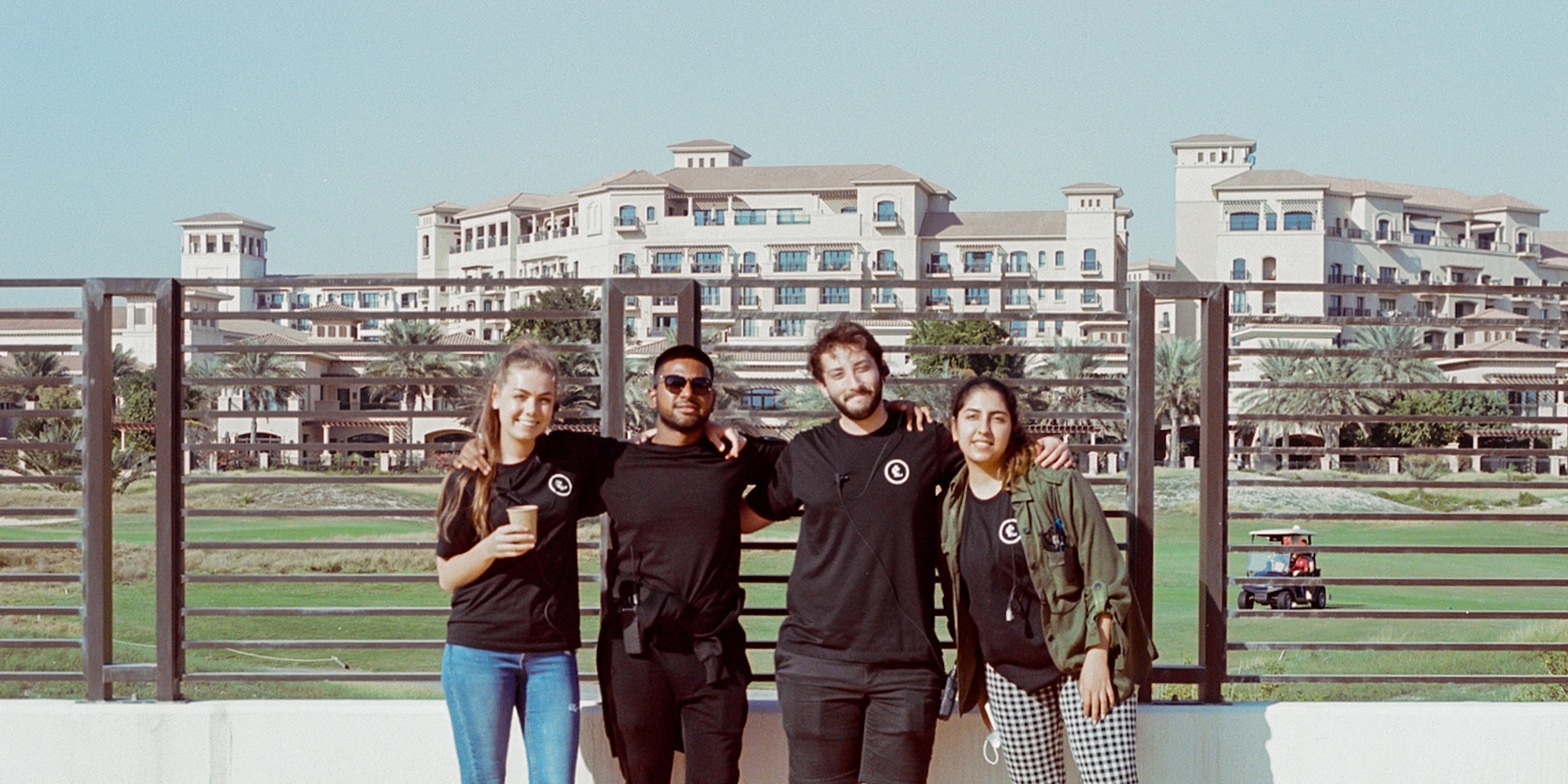 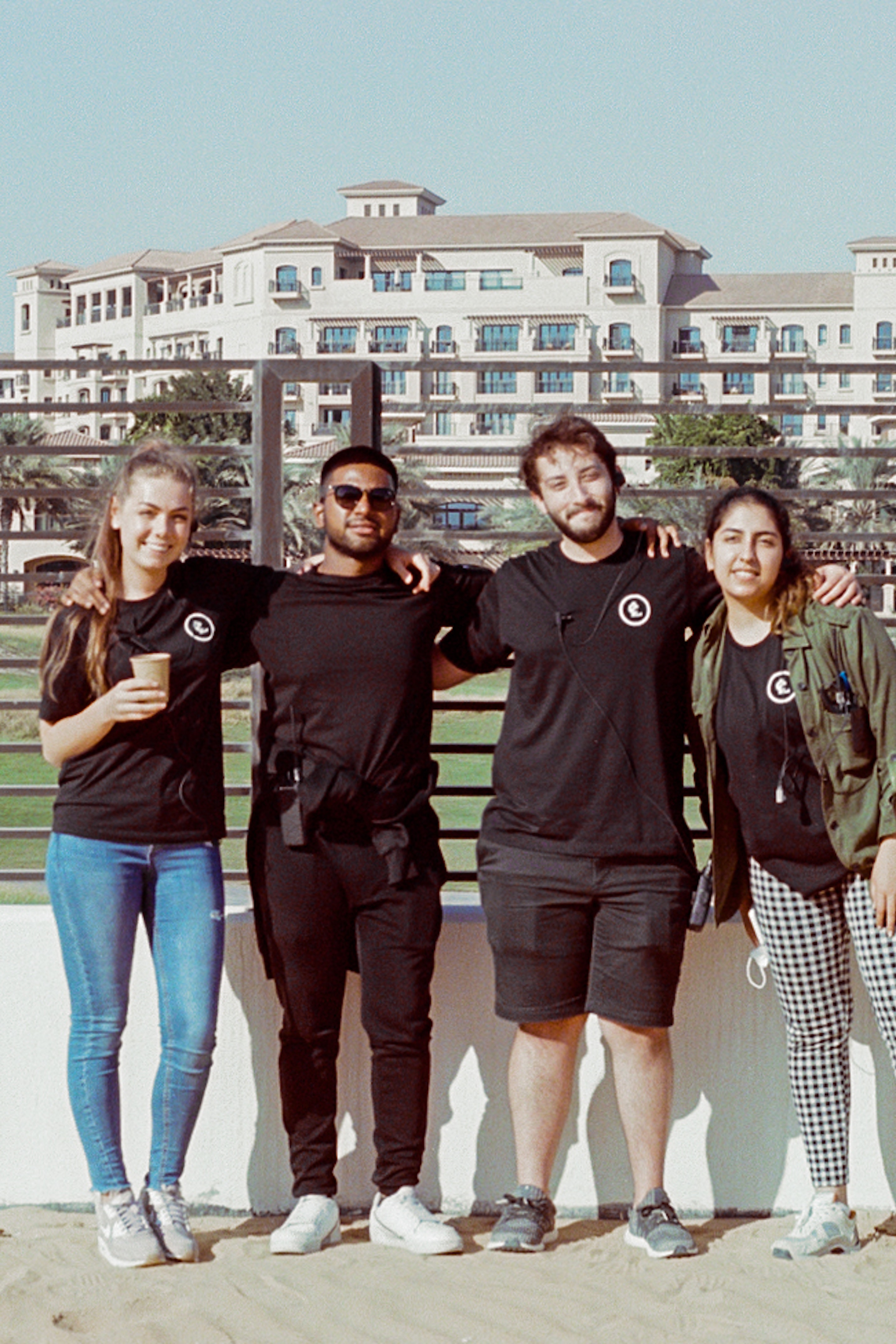 At electriclimefilms, we approach our Internship Program with the highest regard — ensuring that the team helps hone and nurture young talents as well as give them guidance for their filmmaking and production aspirations.

Instead of giving trivial tasks, we challenge our interns with more responsibilities; provide space for them to step up, give suggestions and create solutions in all aspects relating to the company’s progress and production.

Our ethos focuses on attitude above knowledge: having the right knowledge prior to joining the team matters less if one has the right character and mentality to equip skills and learn on the job. We take pride in having the privilege to work on a collaborative level with past interns who are now established industry artists and filmmakers in their own right or have been promoted and are still with us as Producers and Creatives.

In the midst of busy schedules and pre-production, we sat down with the interns at Dubai to hear their thoughts. Read about the experience below, in a write-up by Production Assistant / Junior Creative Director Karim Aziz Oghly; featuring Rudina El Dokani, Chloe Collins-Cole and Marlonne Mendonca.

Tropes of traditional internships include trivial tasks, a lack of responsibility, and childlike treatment; an internship at electriclimefilms is far from traditional. As interns, we are treated as equals, as members of the full-time team. Entrusted with tasks that would otherwise be solely handled by those missing the “intern” label. We are fully functioning members of a creative powerhouse.

Working in the commercial film industry is not for the faint-of-heart. Long hours, moon-lit mornings, sleepless nights, greying hairs, and supple eye bags. It’s exactly what I expected.

Yet, overlooking the caveats, my three months with electriclimefilms were remarkable. Fellow intern, Chloe Collins-Cole, referred to the internship as being “on a whole new level” but also “priceless” because of how much she learned during her time. electriclimefilms is a place to grow, learn, network, and explore. I have met various fascinating people and managed to absorb an insurmountable amount of information. A notable individual was someone who had worked on Star Wars: The Force Awakens; part of a franchise I cherish.

Whether it was editing, DIT, working on visual effects, making production calls, organizing cast members, going on kraft runs, or preparing PPM decks; there was something to learn from it all. If someone is truly passionate about film, the sheer amount of work should not be a deterrent.

Simply being on set and observing the way people handle situations and think has changed the way I see cinema and commercials. Whether it was Senior Producer Chaza Said’s inspiring, vise-like, strength and resilience, or Director Damiano Fieramosca’s trust, wholesomeness, and vision; being a part of the action was a blast.

Veteran electriclimefilms intern and former peer, Rudina El Dokani, stated that she deeply appreciated the fact that members of the team took the time to teach her what she wanted to learn and helped her develop her skills. For example, El Dokani was put in charge of cast, hair and makeup, and wardrobe for the Wild Rift Ads project. To her, her internship experience fostered her ambitions.

The trick was to ask questions. Everyone involved in electriclimefilms projects is an expert in their field. Being an intern and aspiring director, that is like being in a playground of knowledge. Let alone all the information I garnered, an honest highlight was having the opportunity to hold an Arri Alexa Mini. The lessons I learned in three months at electriclimefilms cannot compete with any of the time I spent in previous internships.

Marlonne Mendonca, one more fellow intern, said “[electriclimefilms] has taught me well and prepared me for the industry that I wish to get into.” Mendonca’s appreciation for his time at electriclimefilms stems from the stepping-stones towards a fruitful career that were given to him during the internship.

Us interns immediately formed a tight bond. We became friends, comrades, brothers, and sisters in arms battling exhaustion for the love of film. We shared a similar sentiment in the sense that the work was draining, yet fantastical...

Although we are temporary members of the team, we were welcomed with open arms. We are all peers but, nonetheless, the office feels more like a space full of talented siblings rather than detached employees.

Drop our Senior Producers an email if you're looking for an internship with us!