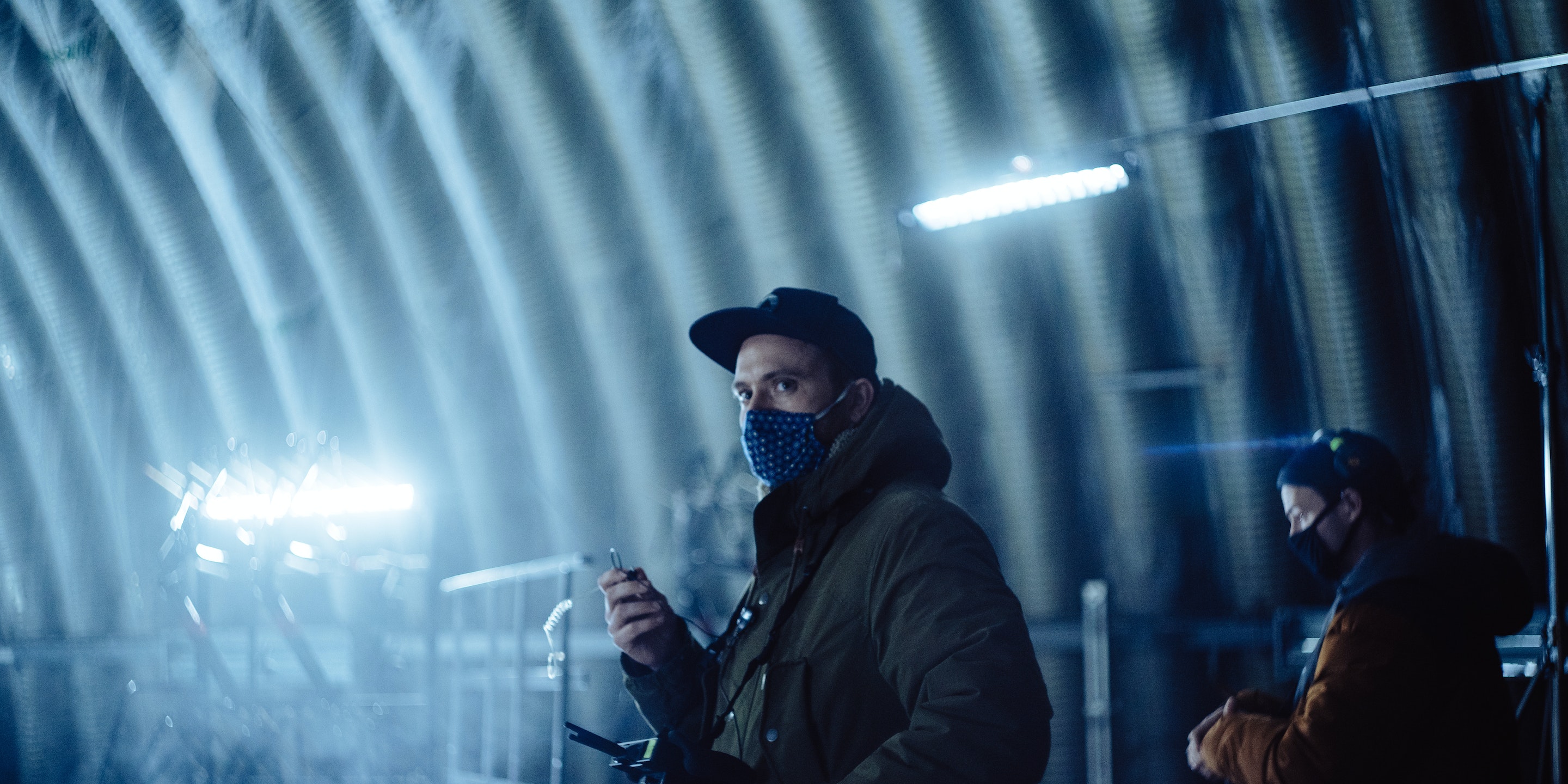 Jerom Fischer is an Amsterdam-based filmmaker, emerging as one of the most talented and innovative young directors.

Fischer made a name for himself with his adventurous and highly-stylised work for DGTL and Strafwerk festival, and has worked with clients such as Footlocker, Spaces, SpikeTV, Bee'ah, and more.

Most recently he did an awesome spot for Dutch cycle company KOGA.

We caught up with the Dutch filmmaker to discuss his work and 'futuristic' directing style.

Above: Jerom Fischer (left) on the set of KOGA

Oliver Harbord: How long have you been making films and how did you get started in the industry? Was there a particular event or time that made you recognise filmmaking as your life?

Jerom Fischer: As a kid I always dreamt of putting my dad’s camera on my RC car, but of course my dad didn’t think that was such a good idea. When I turned 17 I got my own camera (thanks dad!) and I was able to try anything I wanted.

I started out filming and editing skatefilms and it didn’t take long before I got my first job. That was in 2010, so I guess I’ve been making films for about 12 years now. Time flies.

OH: What’s your favourite part about the filmmaking process and why?

JF: For me the entire process always feels like a roller coaster. I get invested in an idea and then I want to work as hard as I can to make that vision come to life. Since my work usually has some weird technical shots or custom lighting in it, it means we have to do a lot of preparation before the shoot.

That moment when I arrive on set and I see all that planning and prepping come to life, that is probably the most exciting and satisfying moment.

OH: What are the greatest difficulties and challenges you face during the filmmaking process?

JF: Time! In the sense that I would like to have more of it. Especially on a shoot, I sometimes have one or two days to film something that took months to prepare. Then there’s a lot you can’t shoot.

This challenge has forced me to really think about what’s important to a story and what’s not. So it helps me to become a better director. But when you have to kill off some of the most creative shots in a project because of time constraints, it definitely hurts.

OH: What was your inspiration for the new KOGA spot?

JF: A good friend and sound designer I work with showed me an ad for the BMW X2 by Pietro Sedda. This is a heavily art directed ad with a very unique style. I always get really inspired when I see work like this, where the director must have had a ton of creative freedom.

I took the location and some lighting inspiration from this ad and tweaked the rest so it would become a distinct KOGA ad.

JF: I think I create work that is very graphical, since a lot of it is inspired by the architecture that I like. Moving light usually plays a large role. I also take a lot of my ideas from science fiction, so it often looks a bit futuristic.

The edits are usually quite visible, in the sense that it’s rhythmic and I use a lot of little effects to create a dynamic image. Putting all of that together, my style is best described as a gloomy but playful space opera. Or maybe that’s what I would like it to be!

OH: What’s next for Jerom Fischer?

JF: I’ve been very lucky this year to have worked on so many cool projects. I can only hope this continues into the future. I’m also working on a short film which I hope to finish before next summer.

Apart from that I want to stay curious and keep learning where I can. Last spring I got really into Blender. It’s really cool to learn more about CGI. Not that I need to be able to do everything myself, but to have a better understanding of how I can apply it in my work. It keeps things fresh and always progressing.