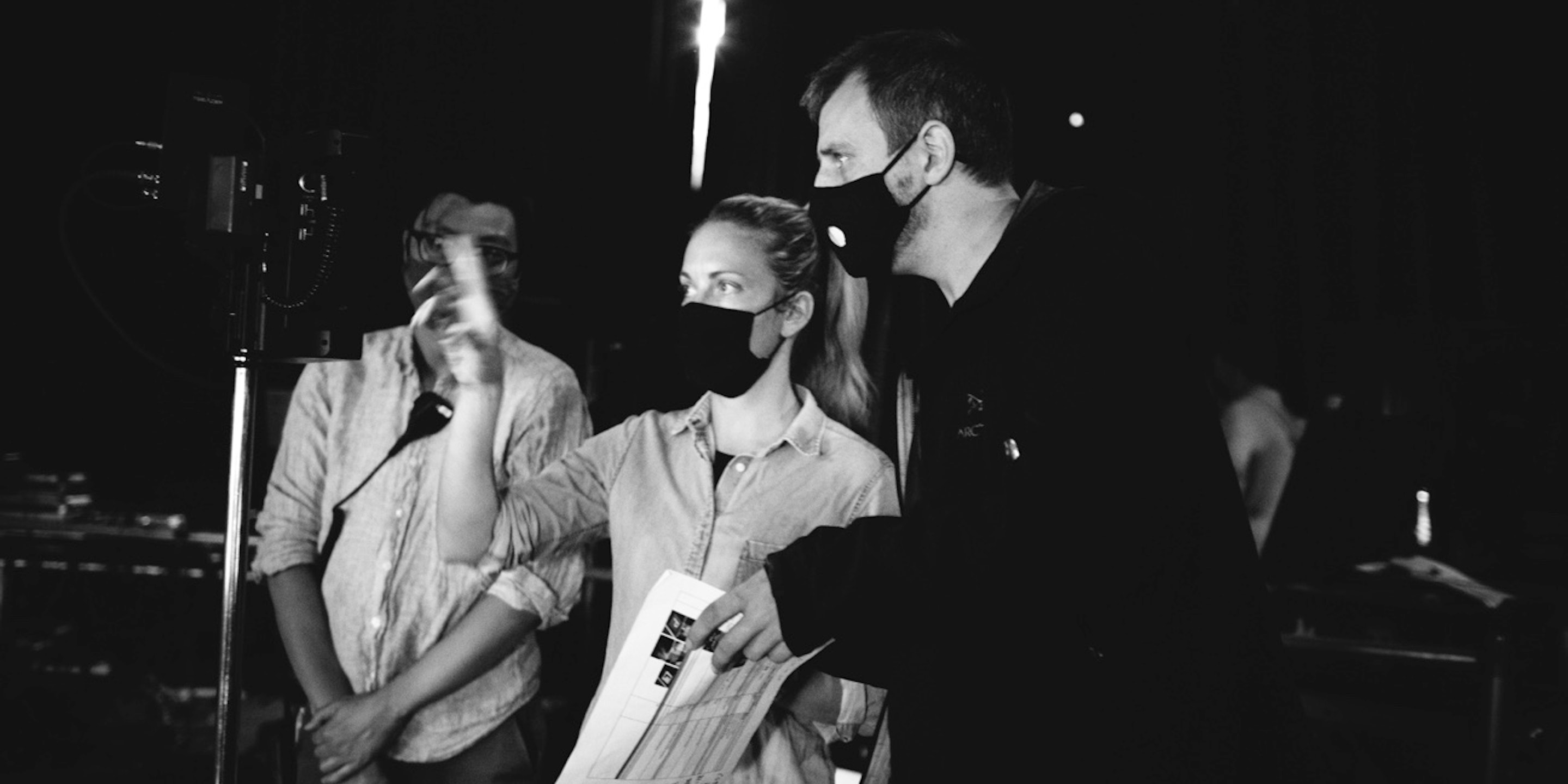 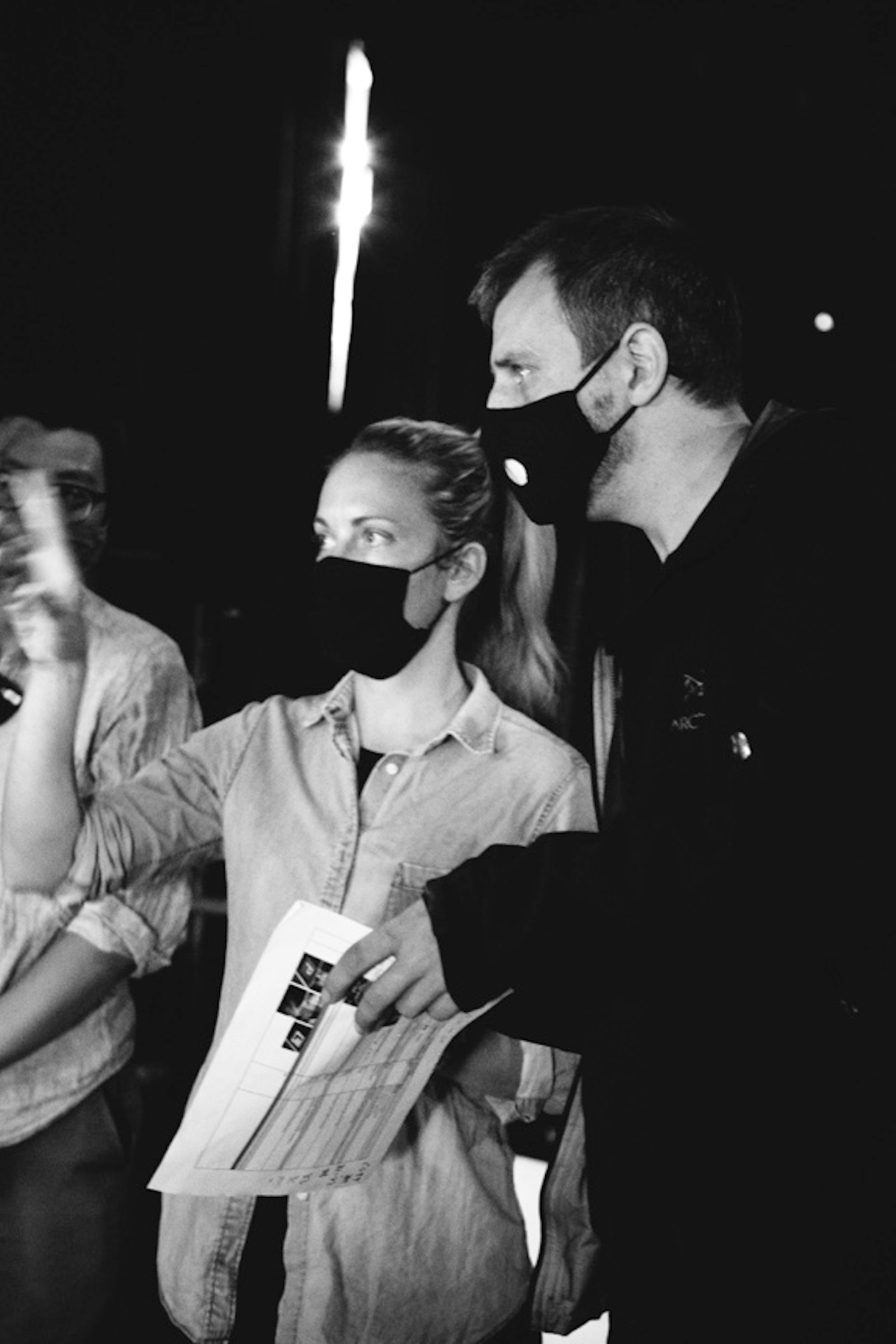 Clare Plueckhahn is a multidisciplinary, Melbourne-based filmmaker whose work spans across a range of mediums, including film, photography and installation.

After graduating with distinction from her BA Photography at RMIT, Plueckhahn began work as a commercial and fine art photographer, also producing a feature length documentary named First Love, focusing on female surfers.

The film won Best Documentary at X Dance in Utah and locked in a 27-cinema deal with Village Roadshow, which led her to become DoP on the project Uncharted Waters, a film on Australia’s original child prodigy surfer, Wayne Lynch.

Plueckhahn has since gone on to produce and direct short films Lunchbreak and Horseplay and she was awarded a highly sort-after director’s attachment on Picnic At Hanging Rock, funded through Film Victoria, before directing three episodes of Neighbours.

With an overall artistic slate focused on empowering women and emotive storytelling, Plueckhahn has collaborated on projects with Kotex, Aesop and Centrum, and continues to expand her creative exploration & collaboration.

Check out our chat with Plueckhahn below.

How did you get started in the industry?

I was working as a Commercial Photographer in my mid 20’s when I came on board a feature documentary called First Love. It was through a chance meeting with the Director, where we bonded over the need for empowering women’s stories in the surfing genre, that I became one of the producers and camera operators. The film secured a theatrical release with Village Roadshow and took out Best Documentary at X-Dance in Utah. After my first taste of motion storytelling it all kind of snowballed from there – and I knew photography alone was never going to be enough.

When my career shifted more towards filmmaking, I initially operated as a Director/DoP and started an underwater cinematography company called Saltwater Films. As my work evolved, I knew I was going to have to focus on building my craft as a Director, so it has been exciting recently to be moving into the narrative space as well and have a chance to hone my craft there.

I have to say I pretty much love all parts of filmmaking, but I really love the collaboration process. I believe the team a director surrounds themselves with makes a big impact on their vision, so I try to choose my collaborators very carefully with the project's creative bigger picture in mind.

I’m in my absolute element on set, it’s just so rewarding seeing your director’s vision come to life on camera. However, whilst it can be addictive, I can also find this part of the process quite scary. I always try to keep fluid to change, with a focus on my tone of the film at the forefront of my mind.

How do you find your expertise in photography influences your filmmaking?

Coming from a photography background, I really feel at home leaning on the power of visual storytelling and creating textural and visceral experiences for the audience. My father was an amateur photographer, and when I went through a tricky period in my teens he set me up a photography darkroom at home, essentially to keep me in eyesight! This did mean though that I was experimenting with film photography from a pretty young age. I particularly loved to explore the impact of colour as an emotional element in my frames, and how lighting is such a powerful tool in cinematography.

Now in pre-production, I always deep dive into the photography world when crafting my director’s vision, as I feel it tells a story when words cannot. I’ve found working in this way conveys an arresting and clear indication of my tone, making sure everyone is on the same page creatively.

It would have to be when I moved from doing commercials to working on my first long-form drama ‘Picnic at Hanging Rock’. I directed the second unit for three episodes and with no real formal film training it was a huge leap - but it was completely life-changing for me.

I believe having experience in the drama world has made me a better commercial Director too. It has been vital to my growth as a creative; not only allowing me to tell a story in a narrative length, but also illustrating what a challenge we have as commercial Directors - telling a story in 30 seconds, sometimes even 15! Narrative directing forced me to consider key ‘beats’ in scenes - where does a tone shift and why - and I consider this now in all of my commercial directing.


You have done some amazing underwater work. What is it about those projects which really draws you in?

I’ve been an avid surfer ever since I was a child and spent a lot of my early career working and travelling for the surf industry - so being in the water truly is my happy place.

I particularly love the ethereal qualities underwater visuals can have, and operating underwater can be such a surreal experience. Although my focus is now directing, I don’t think that I will ever stop being drawn into the world of underwater cinematography.

Working with a team of creatives whose work is led by a strong visual aesthetic and who, like me, bring out the artform in filmmaking. From my very first meeting with electriclimefilms it was clear that they really care about their work and their creatives.

I’m also a huge lover of travelling and exploring new places, so I’m excited to have the opportunity to work with creatives across Asia & MENA.

Through my poetic and visceral storytelling, I always aim for the audience to get swept up in the ride - even if it's only for a fleeting moment.