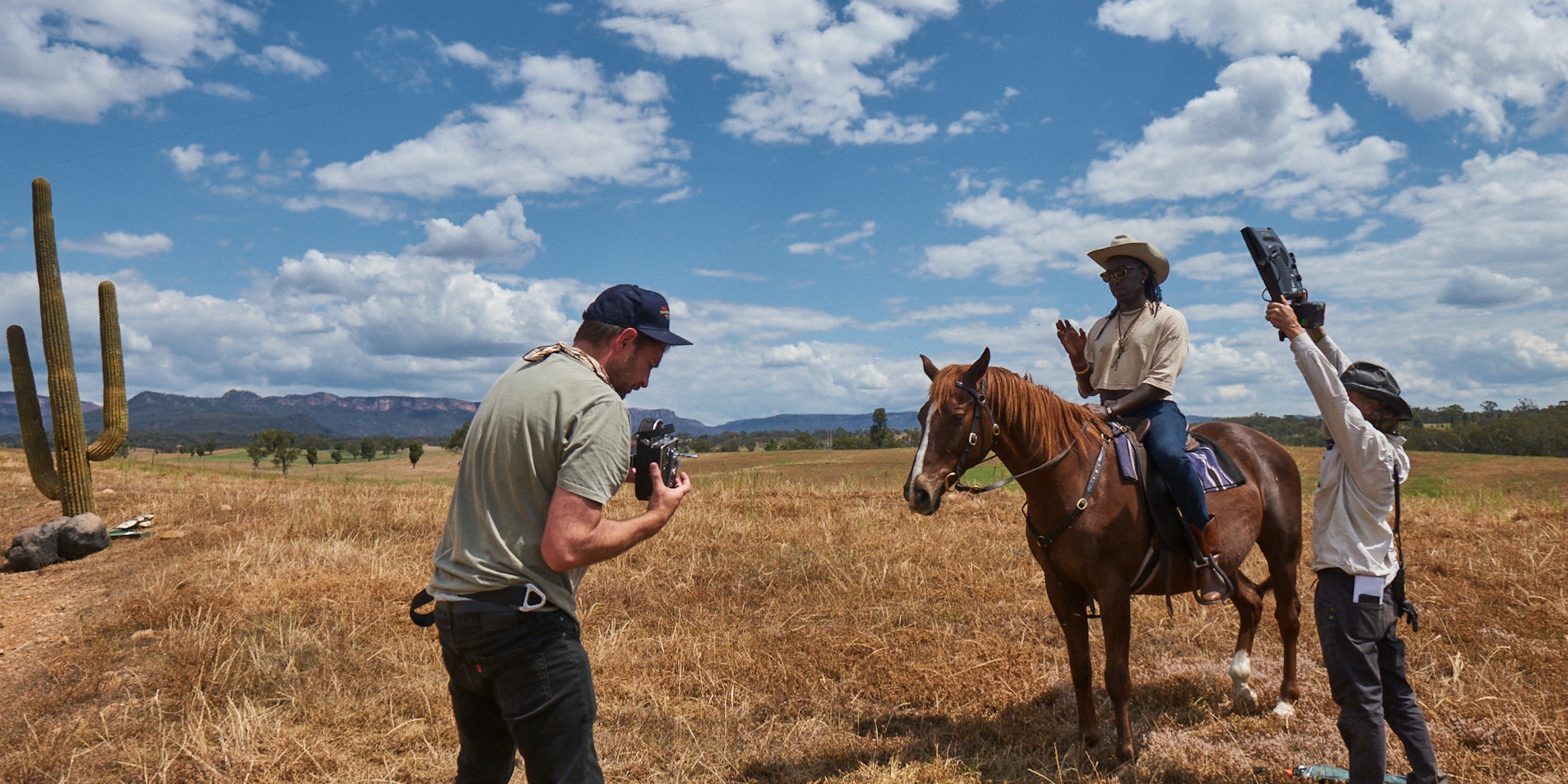 electriclimefilms have added award-winning filmmaker Pete Moore on a non-exclusive basis to its director roster.

The Sydney, Australia-based director's innovative and versatile approach to filmmaking has been applied to all major categories, working with some of the world’s leading brands including Ford, Paspaley and Sony and Coca Cola.

He has also been recognised for his work at major festivals, including Berlin Commercial, AWARD, Spikes and Berlin Fashion Film Festival, while Adforum voted his Paspaley film into their Top Five Ads in the World.

And electriclimefilms will be representing Moore on a non-exclusive basis and are looking forward to pushing his filmmaking style and skills in the Asian, Australia and Middle Easten markets.

Oliver Harbord: How long have you been making films and how did you get into filmmaking?

Pete Moore: Like a lot of people I made my first short films with my Dad’s camera with my sister and friends when I was a kid, I still have them which is cool. Then more seriously later when I was working as an editor at a magazine, I had always been obsessed with music videos but it was a short film that did well with Triple J that all sort of kicked it off.

OH: Throughout the filmmaking process, what’s your favourite part about it and why?

PM: Sounds cheesy but I do love people. Getting to know people while we collaborate and create something, learning their special skills and personalities makes for good times. Aside from that, the obvious I think. Imagining something in your mind and then making into a real thing on screen.

On Topo Chico for example, I wanted it to be led by cast and this guy Matuse came in covered in amazing tattoos, there was no scene in particular as yet so I had this idea of him washing a car that was on bricks.

We found the perfect location and then covered the Australian logos of the building with these big orange vinyl prints, cactus etc and put the car on bricks. So when we shot that, it felt pretty amazing to see that vision come to life.

Above: Pete Moore (right) on set of his Coca Cola advert

OH: What do you find most difficult/challenging about being a director? (Feel free to share any past experiences that you’ve conquered.)

PM: I find there is a point in the creative process, it might be a day after you receive a brief where you feel stumped and you’re not sure what to do or how to tackle something. Then I find I need to get away for it go for a swim in the ocean or listen to some music and it will just fall into place.

I remember that with the Foundry Creative School in Tasmania, I’d be given the most open brief and enough money to do something special, all I had to do was crack it and I was really scratching my head.

There had been all these tourism style jobs in Tasmania at the time, which I wanted to move away from. So I had the idea that the creative student would adapt the natural world of Tasmania’s natural landscapes someway in her daydreams. Which is how the light installations, in the mountains and waterfall came to be.

We shot Sarah in her creative studio in Melbourne after shooting the daydreams in Tasmania, so I knew how to construct the transition moments in the studio.

OH: Is there a particular moment or film in your directorial career that you are most proud of?

PM: I was very lucky to work with Sony and their catalogue of music for their vinyl re-releases. They asked me what I wanted to use to show the ‘heightened listening experience of vinyl’ and I went straight to The Greatest Gig in The Sky by Pink Floyd, which I think is one of the most special songs ever.

We also shot on 16mm to be true to the analog aesthetic of vinyl in a Harry Seidler’s Killara House, which is an incredible piece of brutalist architecture. It was just one of those great rare briefs that come along sometimes.

Above: Pete Moore (left) on set

OH: Where do you draw the inspiration for your films?

PM: Mostly films, music videos and good commercials. Also I think what’s happening in the actual world, how people feel and how culture is moving at that point in time. My study space is set up with records and lots of art and photography books and I watch a lot of film breakdowns, interviews with directors and art things on Youtube too.

PM: Like any filmmaker would I love to be able to make people feel something, whether that be sad, happy, melancholic, pumped up, all those feelings that come from great storytelling. I’m into innovation and trying to push the format of film too, in how I can get the best result through a change in process or new approach so that things feel fresh.